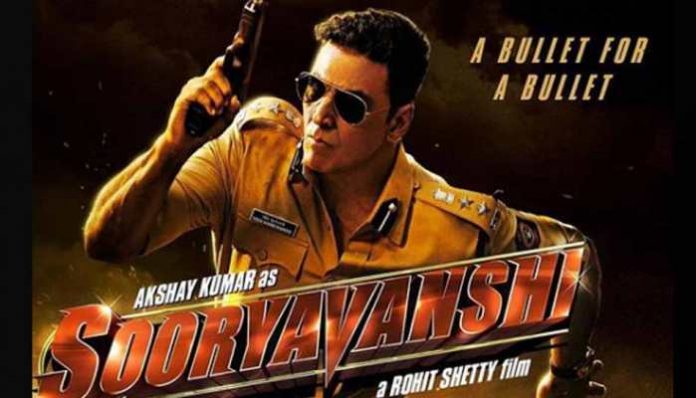 The producers of Sooryavanshi are confused. Should they postpone the release of their film or shouldn’t they, in view of the coronavirus scare in India and its outbreak in several other countries? The questions are too many, the answers hardly there.

Right from the day Baaghi 3 released (6th March), the producers of Sooryavanshi and Angrezi Medium have been monitoring its collections closely to see how much the scare of the virus has been impacting the box-office collections. In fact, on 6th March, there was a question mark on the release dates of both the forthcoming films. Although the virus has not spread in India, there have been cases of infected patients in some cities. This coupled with the advisories being issued by the government’s health ministry to take precautions so as not to contract the disease is adding to the fear factor in the public. Why, several companies have asked their employees to work from home if that’s possible so that they avoid commuting. Some organisations have even asked their senior staff to travel sparingly and to make do with video conferencing instead. The message is loud and clear: avoid crowded places or areas which have too many people. Airports, cinemas, multiplexes and malls are bound to be the most affected because of these advisories. And if attendance in multiplexes and single-screen cinemas reduces, it would translate into low box-office collections. The impact has been felt in the case of Baaghi 3 which has, nevertheless, managed a first weekend total of Rs. 52.50 crore, but trade pundits say that the figure could have been Rs. 55 crore if there was no scare of the coronavirus.

The makers of Angrezi Medium took a decision late on 7th March to go ahead with their scheduled release date of 13th March. But the producers of Sooryavanshi are still undecided, they are waiting and watching. The scheduled release date is 24th March (Tuesday) but they are unable to understand whether they should postpone their release. After all, the stakes are very, very high. Said Shibasish Sarkar on behalf of Reliance Entertainment, “The loss due to low attendance in cinemas may be 15-20% but what does that translate into as actual numbers?” After the first trailer of the Akshay Kumar starrer was released, the trade has been so upbeat about the film that people are pegging its all-India net collections to be upward of Rs. 300 crore. A 20% dip in collections because of the coronavirus scare would mean a setback of Rs. 60 crore. “Rs. 60 crore is a huge figure in absolute terms,” rues Shibasish. And one is not even aware if the scare in India will remain just that by the time the film releases or it will have converted into an outbreak in the country.

Secondly, the business of Sooryavanshi is expected to be huge not just in India but Overseas also. The target audience for Irrfan Khan’s Angrezi Medium is India but it is different in the case of Sooryavanshi as it stars Akshay Kumar. As several countries have experienced the coronavirus outbreak already, the business of the film is likely to be adversely affected in those countries also, unless things improve by 24th March. No doubt, Irrfan Khan has worked in Hollywood films and his Hindi Medium had done impressive business in China, but his Bollywood starrers generally fetch majority of revenues from India. But the case of Akshay Kumar starrers is different. The Overseas business of Akshay’s films is also huge and hence the Overseas scenario has also to be taken into account while deciding the release strategy.

Reliance Entertainment, Rohit Shetty, Karan Johar and Akshay Kumar, the four producers of Sooryavanshi, have to decide in the next few days because if they would stick to the old release date, the Overseas deliveries would have to go by 17th March, at least a week in advance. There are two more problems to be tackled if they think of postponing the film. They would have to pump in extra money to keep the promotion going for the weeks it will be postponed. Every additional week of promotion would entail an extra expenditure of around Rs. 2 crore. Besides, it is not easy to keep the audience interest alive in any film for more than six to eight weeks because monotony sets in thereafter. Even if the producers decide to postpone the film’s release, how do they fix on a new release date? Should they postpone it by a week? Two weeks? A month? Two months? What will be the scene on the coronavirus front at the time of the new release date? Nobody can answer these questions because the future is uncertain. Indeed, the producers of Sooryavanshi are in the most unenviable position today.

Spanish film sequel proves big hit in cinemas post-lockdown, bigger than first part, disproving theory that public wary of returning to cinemas. Great news for multiplexes and single-screen cinemas in India, as they can hope, India will behave similarly.
https://t.co/kkrTOi6bG7

Unveiling the character posters of #Sadak2

FoxStarStudios presents a Vishesh Films production, Sadak 2 is directed by MaheshBhatt and produced by MukeshBhatt. To premiere on 28 Aug on Disney+ Hotstar VIP