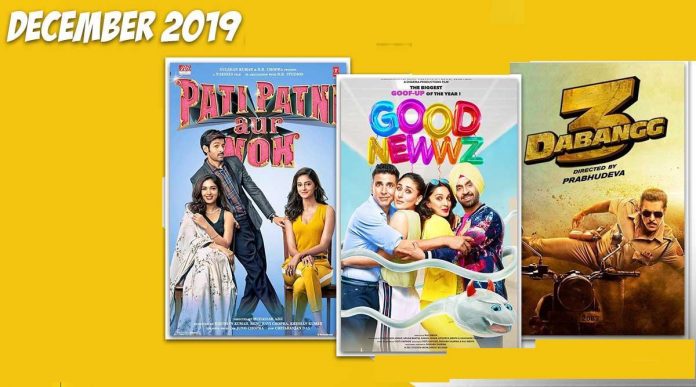 What do you predict for the month of December?

– Happy times for the film industry! PATI PATNI AUR WOH has opened very well this week. Next week’s MARDAANI 2 is looking promising. Then we have DABANGG 3 which will open huge. It will be followed by GOOD NEWWZ which also looks like a super fun film. Why December only, even January 2020 holds promise. There are TANHAJI: THE UNSUNG WARRIOR, CHHAPAAK, STREET DANCER 3D and PANGA, all due in the first month of the new year.

Is it really necessary to have the huge outlays for promotion and marketing of films before release?

– Nobody has the courage to find out if it is wasteful expenditure or necessary expenditure. The producer of a big film with a superstar or a big star can experiment by reducing the promotional budget by half and then decide whether such huge outlays are really needed or not. But who will experiment? Since it’s all about initial business (first weekend, first week), what if the experiment backfires? That’s the fear!

With music losing its importance in our films, will songs become a thing of the past in films?

– HOUSEFULL 4 owes at least 25% of its total collections to the ‘Bala Bala’ song. Music is not losing its importance in our films. Music directors and filmmakers need to concentrate more on music because the number of hit songs has reduced in recent times.

Stylish Star Allu Arjun's film #AlaVaikunthapuramloo has raked in a whopping 180 crores (gross box office collection) in one week. It is truly the 2020 Sankranthi Winner!!