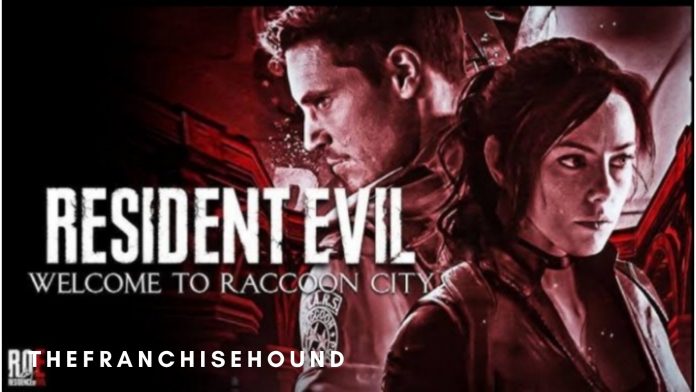 Screen Gems, Constantin Film, The Fyzz Facility and The Tea Shop And Film Company’s Resident Evil: Welcome To Raccoon City (dubbed from the Hollywood film of the same name; A) is yet another in the Resident Evil series. It is adapted from the stories of the first and second video games developed by Capcom.

The story is about the sinister happenings in Raccoon city, once the home of successful pharmaceutical giant Umbrella Corp. All hell breaks loose when the evil brewing below the surface is unleashed. It then falls upon a team of like-minded people to uncover the truth behind Umbrella Corp.

Johannes Roberts has written a story which is quite confusing, as stories like this usually are. Roberts’ screenplay is engaging in parts only. There are so many characters that the viewers often get confused. Also, they get the feeling of repetitiveness as the drama unfolds. Dialogues are okay.

Johannes Roberts’ direction is fairly nice but he has not been able to make a film which can sustain the audience’s interest all through. Mark Korven’s background music is alright. Cinematography (by Maxime Alexandre) is first-rte. Jennifer Spence’s production designing is appropriate. Dev Singh’s editing leaves something to be desired. Dubbing is of a good standard.

On the whole, Resident Evil: Welcome To Raccoon City will not be able to make much of a connection with the Hindi film-going audience.

‘Looop Lapeta’, the lockdown baby, will premiere on Netflix on February 4. In this interview, Taapsee, Tahir Raj Bhasin and director Aakash Bhatia talk about the film, the lockdown and lots more!
📽️🔗👉 https://t.co/nftFyy3BgY

If the pandemic situation in the country gets better and all theatres open up to operate at full capacity,
@ssrajamouli’s #RRRMovie will release on 18th March 2022.

The makers finally unveil the trailer of one of the much-awaited films, #Gehraiyaan - starring Deepika Padukone, Siddhant Chaturvedi, Ananya Panday and Dhairya Karwa. Directed by Shakun Batra, the movie will premiere on Feb. 11 on Amazon Prime Video.